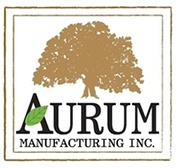 We are proud and honoured to share our family history and the origin of Aurum Manufacturing. Aurum Manufacturing stems from a family with over 50 years of mechanical experience. The Zorzit last name has been through many areas of the mechanical industry beginning with our father, Vittorio Zorzit. 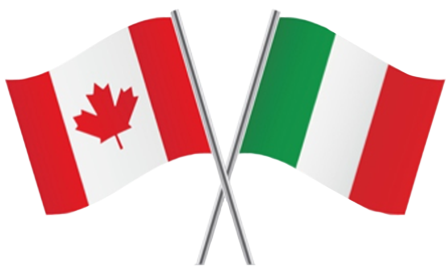 Our father Vittorio, began his mechanical experience in 1962 as an electrician while residing in Friuli, Italy. In 1964 he immigrated to Canada. He began attending The Provincial Institution of Trades, which is now George Brown College, to obtain his plumbing license. Upon completion, he began working as an apprentice assisting in the pre-construction plumbing for residential and commercial high-rise buildings.

After approximately 17 years as a plumber, injuries prevented him from continuing in the trade. In 1981, he took a different path in his career by entering in the HVAC industry. Having been trained as both an electrician and a plumber, he was able to use his extensive knowledge to better the HVAC industry. Vittorio continued in this trade for 36 years, until his retirement in 2017. 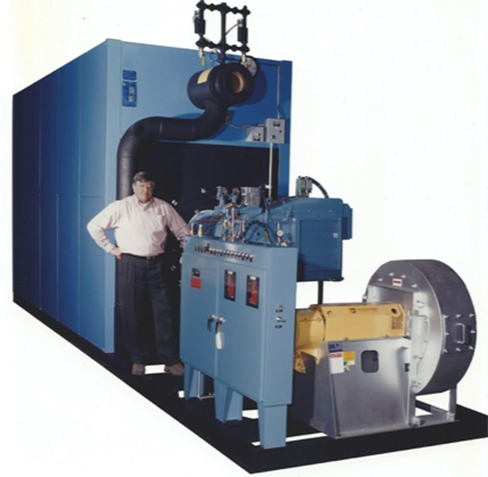 Vittorio Zorzit in front of his ZF boiler design, 2008

18,002! Vittorio was also one of the first to develop the integrated HRV/Fan coil unit. Vittorio worked closely with his suppliers to better the entire industry. Vittorio flew back and forth from California to visit the Honeywell headquarters to assist in the design improvement of several fan coil thermostats. He was also one of the few people in the industry to work alongside ETL to find the absolute destruction pressure of a vertical fan coil unit.

Not only were Vittorio’s boilers successful in Canada and The United States, the sales also expanded internationally. Vittorio was flying to countries such as Russia, Italy, Belgium and even Austria to educate and help engineers with his boilers.

He designed and oversaw production of 43 container boiler rooms for the United States Army. He designed and manufactured 6 boilers that were installed in Russia with 50,000,000 BTU input. He educated technicians on how to install a 7-pipe vertical fan coil unit in California. He assisted in the designing of Henex stainless steel heat exchangers in Austria.

Vittorio officially patented 3 of his designs:

Vittorio was and still is very respected through the plumbing and HVAC industry as many engineers, developers and designers still look to him for guidance and advice. He continues his legacy in the mechanical industry by consulting our design and research teams at Aurum Manufacturing.

“What is your greatest success?”
It’s hard to narrow down my greatest success. The thing is when you do things, to me it didn’t sound like a big deal. It was a big deal for someone who didn’t know anything about it. I was one of the few leaders in the industry while being honest”

What’s one of the most challenging obstacles you went through?”
Probably the most annoying thing was sitting down with a patent lawyer. Every little thing that would take up a quarter of a page they wrote 20 pages for. I would be still reading today if I read it all.

The Introduction of Aurum Manufacturing

Adam Zorzit began his mechanical experience at the age of 16. After 10 years of servicing for a manufacturing company under the guidance of his father, Adam began to research a solution for outdated fan coil systems. With sparked interest and determination, Adam set off to manufacture and install newly designed retrofit models. Adam’s visionary retrofit design production began in his home garage.

After many small success stories and when production began to grow, Adam was inspired and motivated to build Aurum with his sister, Stacy. Together, Stacy and Adam continued to grow Aurum by purchasing a manufacturing building, hiring staff and building close relationships with new trusted suppliers, one of which is their brother Richard.

Adam and Stacy are determined to lead Aurum and the entire HVAC industry with the same drive, purpose and honesty as their father led before them. The name Aurum was not randomly selected. With the knowledge from their father, there was one family member whose encouragement and support could not go without recognition. Therefore, they believed to properly show their appreciation and love for their mother Ornella, they decided to name the company after her.

From Wikipedia, the free encyclopedia

Ornella is an Italian name. It means flowering ash tree and is a female's name. Ornella is derived from the term " aurum ," the Roman equivalent of "gold" . It is a fairly recent name and it was used the first time by Gabriele D'Annunzio in his book "The daughter of Iorio" in 1904. [citation needed] 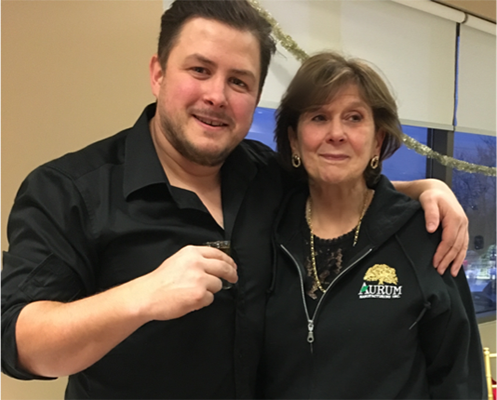